Created to be Like the Creator Youth Bible Study Curriculum

Brief: Jesus is renewing the image of God in us.

Then God said, "Let us make man in our image, in our likeness, and let them rule over the fish of the sea and the birds of the air, over the livestock, over all the earth, and over all the creatures that move along the ground."

27 So God created man in his own image,
in the image of God he created him;
male and female he created them.
So what does it mean to be made in God’s image?

It means that we share in some of God’s qualities. We’re loving, creative. We have free will. We know right from wrong. Etc.
Sin twisted the image of God in us, so we’re not perfect anymore. That image is still there though. Humans are completely evil.
Genesis 5:2-3: “When God created man, he made him in the likeness of God. 2 He created them male and female and blessed them. And when they were created, he called them “man.”
3 When Adam had lived 130 years, he had a son in his own likeness, in his own image; and he named him Seth.

Whose image and likeness was Seth created in? (Adam’s.)

Seth wasn’t made perfectly in God’s image like Adam and Eve were. He inherited the twisted or marred image that came from Adam. We inherit the marred image from our parents.

The good news is that Christ is making us perfect again so that we can go back to being that perfect image of God that He created us to be.

Colossians 3:9-10: “Do not lie to each other, since you have taken off your old self with its practices 10 and have put on the new self, which is being renewed in knowledge in the image of its Creator.”

God said, “Let us make man in our image.” Who is God talking to? (The other members of the Trinity.)

What are the three parts of the Trinity? (Father, Son, and Holy Spirit)

The Son is also named something else in Scripture.

“Word” in Greek is logos, which also means “thought.” Jesus is God’s thought.

The Holy Spirit is God’s spirit. God the Father keeps those two things together, His thought and His spirit. He’s like the body. So God has three parts; the Father or Body, the Son the mind or thoughts, and the Spirit or spirit.

Humans also have these three parts; our body which houses and unifies and connects our mind and spirit.

So to be in the image of God means to have these three parts; body, mind, and spirit, Father, Son, Holy Spirit.

So, can our parts, our mind, and spirit exist independently of our body as God’s does? Can your spirit and mind exist outside of your body? (Yes.)

At death, the spirit leaves the body and lives on.

But does your mind go with your spirit or stay with your body?

To be made in the image of God means to have a body, a mind, and a spirit.

Now, these three parts of us are damaged, twisted, because of sin. Our spirits are corrupted by the sinful nature. Our minds often can’t see God’s truth clearly because of sin in our lives. Our bodies get weak and die as a punishment for sin. But we are all still in the image of God, and we’re trying to have that image remade in us because we all still have those three parts, and one day, those parts will be made perfect again by God, just like they were in the beginning. Our spirits will be perfect, and we won’t sin. Our minds will be able to understand the way God wants us to, and our bodies will be made strong so that we will never die again.

So the question now is, Why did God create us? What was His motivation? Why didn’t God just stop on Day 6 with the animals and the chimpanzees? Why does He keep working with us to restore us and perfect our spirits and minds and bodies again?

And if God, the Almighty Creator of the Universe, wants to be in a relationship with you, that is a humbling thing. How can you say no? 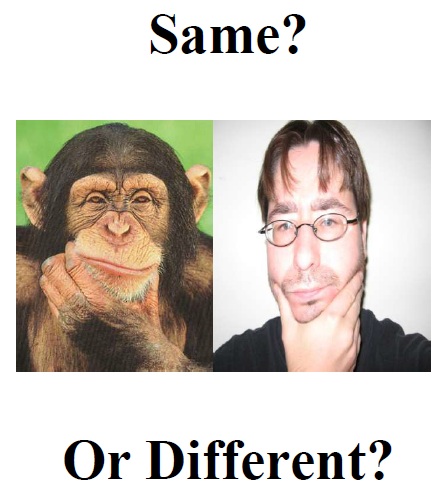