Brief: We have a responsibility to care for creation as God would.

Genesis 1:26: Then God said, "Let us make man in our image, in our likeness, and let them rule over the fish of the sea and the birds of the air, over the livestock, over all the earth, and over all the creatures that move along the ground."

God put humans in charge of the earth. Does that mean that we can just do whatever we want with it?

No. God put us in charge of the earth, but only as His stewards. God is still the owner of the earth, and He will make us answer for how well we’ve taken care of it.
Imagine someone painting a picture. It’s the greatest picture they’ve ever painted, and they’re really proud of it. And then they give it to you because they love you. Now, you can do one of two things. You can cherish that painting and take care of it like the work of art and gift that it is. Or you can trash it. Ignore it, use it for a dartboard, throw it away, whatever you feel like doing.

God has given us the gift of the earth. He’s given us the soil and the plants and the animals as a gift because He loves us. We have a choice: trash it or cherish it. Appreciate it or tear it down.

We need to respect God’s creation by taking good care of it.

Genesis 1:29-30: Then God said, “I give you every seed-bearing plant on the face of the whole earth and every tree that has fruit with seed in it. They will be yours for food. 30 And to all the beasts of the earth and all the birds in the sky and all the creatures that move along the ground—everything that has the breath of life in it—I give every green plant for food.” And it was so.

What did it say that people were supposed to eat? (Plants.)

And what were the animals supposed to eat? (Plants.)

That’s a mistake, right? Because we know that people and other animals hunt and eat animals. We don’t just eat plants as this Bible passage says.

Genesis 9:1-3: Then God blessed Noah and his sons, saying to them, “Be fruitful and increase in number and fill the earth. 2 The fear and dread of you will fall on all the beasts of the earth, and on all the birds in the sky, on every creature that moves along the ground, and on all the fish in the sea; they are given into your hands. 3 Everything that lives and moves about will be food for you. Just as I gave you the green plants, I now give you everything.

So, God let humans eat animals after the Flood.

Isaiah 11:6-9: The wolf will live with the lamb,
the leopard will lie down with the goat,
the calf and the lion and the yearling together;
and a little child will lead them.
7 The cow will feed with the bear,
their young will lie down together,
and the lion will eat straw like the ox.
8 The infant will play near the cobra’s den,
and the young child will put its hand into the viper’s nest.
9 They will neither harm nor destroy
on all my holy mountain,
for the earth will be filled with the knowledge of the Lord
as the waters cover the sea.

Genesis 1:31: God saw all that he had made, and it was very good. And there was evening, and there was morning—the sixth day.

How many days does it say God took to create the Universe? (Six days.)

That’s symbolic, right? Like maybe it’s saying six days, but a “day” is really like a billion years. Because science tells us that it took billions of years for the Universe to evolve, right?

So, how long did it really take God to create the Universe? Billions of years?

According to the Bible, it took six days. All of the days tell us there were evening and morning, so there’s no confusion about whether the days are meant symbolically. They were six literal days.

So, God created the Universe in six days. And He made animals and people and everything else on Earth in those six days. But now I’m wondering; is Earth the only planet God chose to create life on? Could there be aliens on another planet somewhere in the Universe?

The Bible doesn’t say anything about life on other planets. Which makes me think that we will never meet them, at least not while we’re here on Earth, or else God would have told us. 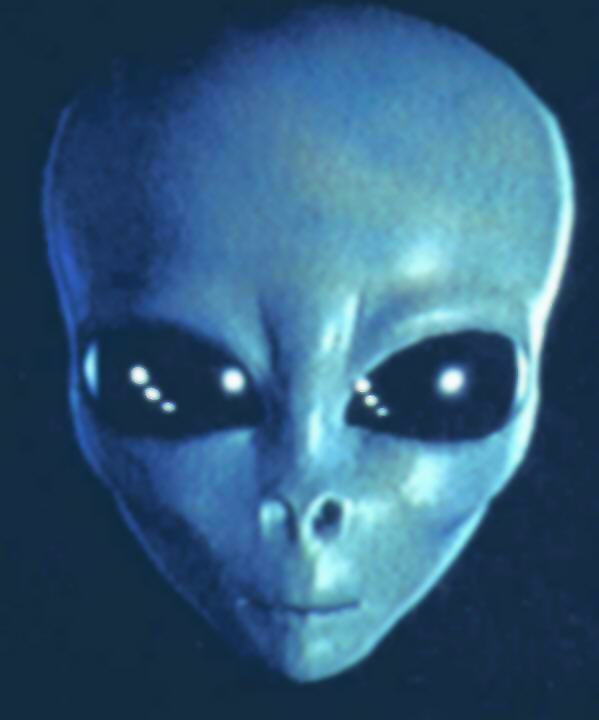