Intro Question
What are some of the different theories about how the world came into existence? (The Big Bang and God’s creation are the most common answers, though you might hear some variations.)

Scripture: Genesis 1:1
In the beginning God created the heavens and the earth.

The Big Bang theory says that all matter in the Universe was packed into a dense ball of energy that then exploded out. It’s continuing to explode out. Over time, these particles of matter called quarks formed themselves into atoms and then the atoms combined to form stars, planets, gases, living single-celled organisms, plants, animals, people, etc.

Do we believe this? Why or why not?

Problem: There’s too much structure. The World fits together too neatly to be a random explosion. What makes the quarks fit together the way they do? What makes one atom with one electron become attracted to an atom that has eight? How do these atoms then evolve themselves into higher, thinking beings?

Secular science doesn’t give us the answers to those questions. It just says that “somehow” this happened.

It would be like walking through a museum and seeing a painting, a portrait of the Mona Lisa, maybe, and saying “Oh, look at how nicely that paint just jumped up onto that canvas to make a perfect picture.”

Or better yet, you’re walking into the museum and thinking, “You know, it’s really lucky how these bricks shaped themselves into such perfect sizes and then jumped on top of each other to make this museum building.”

But that’s what the Big Bang and an evolutionary beginning of life are saying. Everything exploded and “somehow” luckily put itself together in a perfect way to make a working, functional Universe.

Which brings us to the now-second-most-popular theory for the origin of the Universe. It was created. An outside force created the material for the Universe and designed matter to have cooperative properties, designed things so that those quarks and atoms want to fit together.

But I don’t feel in my heart that I’m here for no reason, that I’m living a meaningless existence. I don’t feel as if I’m just a product of chance. When I look deep within myself, there’s something that says, “Yes, you were created for a reason. There’s a purpose to your life. You’re not just here by chance, but there’s a reason for you to be alive.” Do you all feel like that too?

Problem: Where did this “outside force” come from?

It’d be like asking how that painting of the Mona Lisa came to be. The answer is someone painted it. It doesn’t matter right now who painted it. The answer, of course, is Leonardo DaVinci, but you don’t need to know that someone painted the painting. We can just recognize the fact that the Mona Lisa has a design to it, that it’s too perfect and too rational to simpy be paint randomly jumping onto a canvas.

It’s the same thing with the Universe. We don’t need to know who created the Universe or how that “outside force” came to be to recognize that the Universe fits together too perfectly to have not been created. 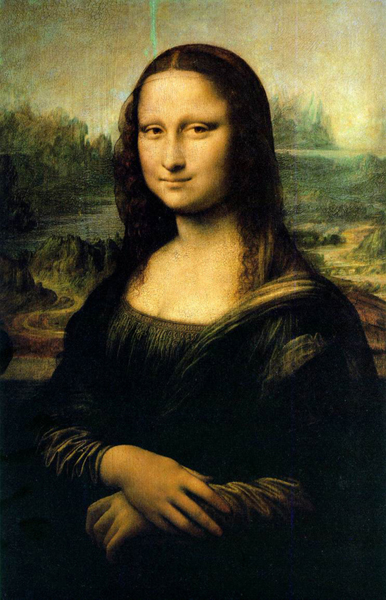 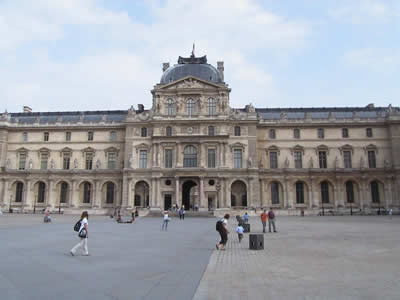